GrCH MyKiss Return to Sender at Harlequin       "Presley"
​
It was such a blessing to share this beautiful girl with Tamaria Hartman of MyKiss Labradors in Olympia, Washington (www.mykisslabradors.com/presley1.html).  Presley attained her Canadian Championship on her first weekend out (February 2017), and went on to complete her Grand Championship in her next two weekends (May 2017).  The icing on the cake was receiving Select Bitch at the Labrador Retriever Club of Canada Specialty under breeder/judge Valerie Walters (Ranbourne Labradors).  The following day we were honoured to receive a Judges Award of Merit, at the BC Labrador Retriever Club Specialty, under another respected breeder judge Diann Sullivan (Cedarwood Labradors).  A great way to end the season!

​Presley had three litters - one by Marvel that produced Gracie, and one by Lincoln that produced our beautiful girl, Tori, and a final litter by Ram that blessed us with sweet LC.   We will be forever grateful for all that Presley has added to our program here at Tchesinkut - she is now enjoying her well-deserved retirement with our dear friends, Calvin and Michelle in Prince George. 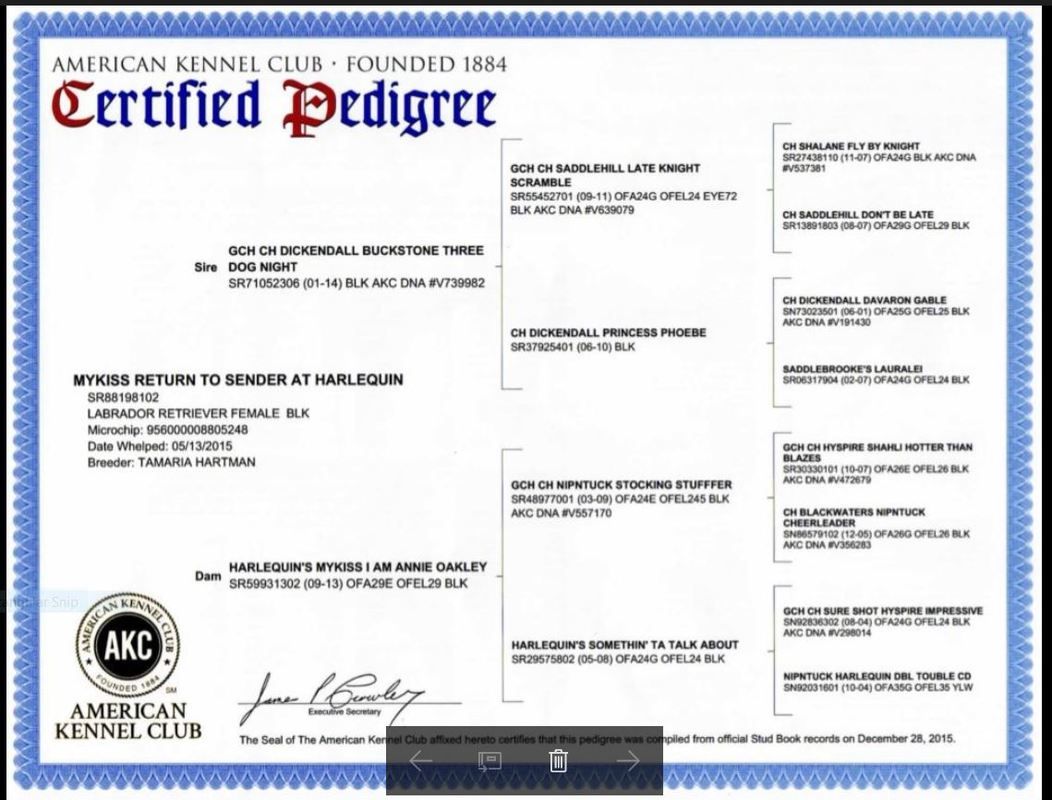